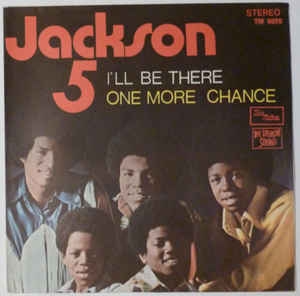 In our reading from John this morning, it is the Last Supper, Jesus has just told his disciples that he will be leaving them, and, quite understandably, the new information leaves them with many questions. They ask: “Where are you going?” “Why can’t we go?” “Can you show us the way so that we can come, too?” And then, there’s good old Philip, who says, “Can you just show us God?” Like, “That’d probably clear a lot of this up.”

We can probably relate at some level, because theirs is a very human response. Faced with a new, unsettling possibility, they don’t want to walk blindly into the unknown. They want details. They want to know exactly what they’re getting into, what it’s gonna look like, and when it’s gonna happen. And if Jesus is going somewhere, they want the GPS for tracking him down.

Jesus doesn’t give them the answers they’re looking for, which is probably a good thing. Had he told them the details of his death, how they would be persecuted, and that most of them would lose their lives, too, it would’ve been paralyzing. Yet, while he doesn’t give them the certainty they so want, what he does say is that no matter what happens that he would be with them.

He says this in a few different ways here. Like when he mentions going to his Father’s house as a way to talk about what comes after this life. He describes it to them as a place with many dwellings. And that he’s going ahead of them to prepare a place for them. If we look at the Greek, the word for house that’s used here can actually mean a couple of things. I could be a physical place or more of a “spiritual state” of a dwelling with God. But either way, how cool is it that he uses such familiar, inviting language and images to help them grasp what’s coming next. Even though we who are in time and space probably can’t even grasp the extent of what eternity is like, he brings it to the disciples in a way they can understand: saying it’s like going home. Or the ideal of what a home should be. A place of security, love, and comfort. He says, I’ll come for you and bring you to that place so that where I am you will also be; reassuring them several times that even with his departure, they will always be together.

Jesus also conveys this when he says, “Do not let your hearts be troubled. Believe in God, believe also in me.” Now, at first glance, we might wonder, what good does belief do? How does it help with the things they’re worried about? Or that we’re worried about? If belief is merely espousing a theological idea intellectually, it might that much. But the Greek word for belief means here actually means to trust or give your heart to. So another way of looking at what he’s saying is, You don’t have to be troubled, because you can trust God, and you can trust me.

It’s kind of like what we experience in other relationships. As we know, when you enter into a significant relationship what you’re being asked to do is trust each other. You know the other person can’t make everything in your life perfect. They can’t make it so that bad things will never happen. But still, you go into the relationship trusting that they will be there with you when things get hard. It’s the very thing that’s said in marriage vows, when the couple commit to being there for each other for better or worse, for richer for poorer, in sickness and in health.

Or today, as we celebrate Mother’s Day. We know even the best of parents can’t protect their child from everything, as much as they wish they could. But they can say, I’ll be there for you no matter what. To have even one person in your life that commits to you that way is a lot to have in one’s corner. And if you’ve had that, you know how much more you can do, and the kind of assurance you can go through life with, because someone is there for you and loves you in that way.

Jesus is saying to the disciples that that is the kind of commitment that he makes to them and that God makes to them. And he’s asking them to trust it. Because trusting it is what has the power to ease their troubled hearts. If they can know that whatever happens they wouldn’t be alone in it, that he would be right there with them, there’s a peace that comes with that.

While the disciples don’t trust immediately -- they get scared and go into hiding because they’re afraid -- eventually that changes, and they do come to trust that God is with them. And when some of their fears materialize, like when they face persecution and even death, their hearts are not troubled. They are steadied. Like those who have someone in their corner. It’s like what we see in the example of Steven in our reading from Acts, who even as he was being stoned had this very clear sense of God being with him, such that he was able to see and talk to Jesus in his very last breaths.

As I think about what the disciples were going through and the anxiety they must’ve felt as Jesus shared his news with them at the Last Supper, there are similarities with the situation we find ourselves in now. In this last week, it’s felt like most of the public conversation has been around what comes next, especially as states are talking about or in the process of reopening. And, like the disciples, faced with this new possibility, we have a lot of questions. We want to know: When will this be? What will it look like? Will it be safe? We want some sense of what the future holds: what it will mean for our livelihoods, our churches, our kids’ daycares and schools. And then, with each of these questions comes about a thousand others: about wearing masks, or taking temperatures, or what it means for those at risk.

In the situation we find ourselves in, we have a lot of questions. Many that can’t be answered. And some that might be too much to handle if they were. As Christians, our faith doesn’t help us know what the future holds. And it doesn’t keep us from hardship, as our readings from today show. The promise of our faith is not that we’ll know with certainty or that it won’t be hard. The promise is that no matter what happens, God will be with us in it.

I was moved by this awareness a month or so ago as I was imagining some of those hypotheticals. I was hearing for the first time about how people with the coronavirus were dying alone, not able to see their families because they had to be isolated. Around that time, they also announced at some hospitals that pregnant women weren’t going to be able to have their partner with them for labor and delivery, which, as a person who’s expecting, was very frightening.

As I took some time to sit with my thoughts, that thought of dying alone or laboring alone were some of the worst things I could imagine. And for a moment I was so afraid. But almost in the same second I heard, you wouldn’t be there alone. I’ll be there. That spiritual sense that came over me moved me out of that place where just seconds before my heart had been so troubled. And I could imagine it so clearly. That whatever happened God would be right there.

I know the same is true for our church. For our families. For this community gathered here today.

For the many communities we represent. In the face of so many unknowns, one thing is so very clear: in whatever comes next, we don’t have to look at it with troubled hearts, because no matter what, God will be there.