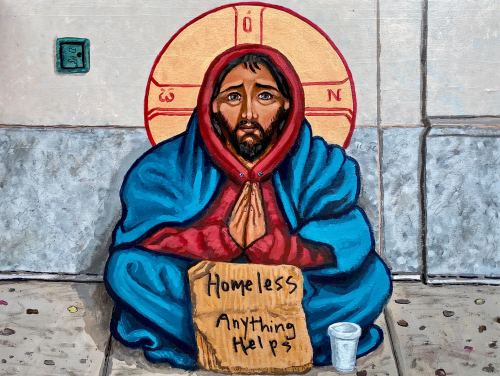 In the time and place in which Jesus ministered, most people lived under the subjugation of the Roman Empire and were considered expendable. Elite rulers extracted wealth from all the lands they conquered, pushing people to hunger, homelessness, and the brink of starvation—and sometimes over the edge into slavery and death. The Bible tells us that Jesus had no place to lay his head (Luke 9:58), which is another way to say he was homeless. Jesus was trained in carpentry—a form of manual labor akin to low-wage work today—and he relied on the hospitality of friends, many of whom were also poor, to share meals and lodging with him. Jesus, the disciples, and those to whom they ministered were poor, subjected, and oppressed. They were the expendables.