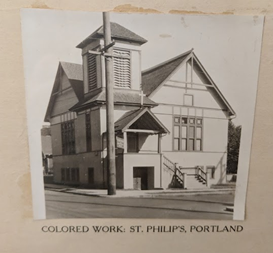 Accounts of St. Philip the Deacon typically begin with its founding in 1911 by a group of African-American Episcopalians of Caribbean Anglican descent. Often unstated is the legacy of racism in Portland, in Oregon, and in the Episcopal Church itself, the context out of which that audacious undertaking arose. Buying land, erecting a building, and expressing its particular call to support the black community was both a challenge and a source of pride for those stalwarts—and a strong response to having been “invited” to leave the Cathedral where most of them were members, but where they would never be allowed to share in leadership. A photo from those early days, once on display at the diocesan offices, bears the caption “Mission for Colored Work.”

As a result-We are stewarding the resources God has given us to build affordable housing for Black seniors, and to renovate our building to ensure that we can continue to live out the heart of this parish: to create and support stable community for vulnerable neighbors. We are actively applying for funding from various governmental agencies to build affordable housing, and private organizations for renovating our building and sanctuary space.

The Alcena – An Affordable Living Community is a sister building with the proposed Kafoury Court. Together, these two buildings will provide approximately 140 units of affordable housing for Black seniors. The Alcena will be located on the property of and adjacent to St. Philip the Deacon. Kafoury Court will be about a mile to the North just off of Grand Ave. Building these projects together as a ‘scattered site’ development saves on development and construction costs, and aligns with the shared missions of both St. Philip the Deacon and PCRI: to support the displaced and vulnerable members of the Albina/Eliot neighborhoods.
After listening to our recent speaker at All Saints, it seemed this is an opportunity to engage in some remedial work by supporting St. Philip the Deacon in this project to provide housing to a population that has been frequently discriminated against and displaced and become more vulnerable as senior citizens. The ask is simple, make a donation directly to St. Philip the Deacon. They don't have their online giving for this project set up, so personal or bank checks are probably best for the time being. Checks can be directed to St. Philip the Deacon Episcopal Church 120 NE Knott Street, Portland OR 97212. 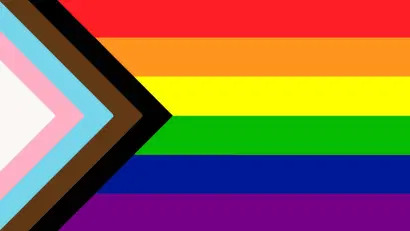